Over the weekend of 10-11 February the club put on a display of models at the Bovington Tank Museum Model Engineering Exhibition. 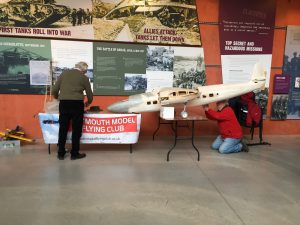 The major item to be assembled was Don’s current project the Airspeed Ambassador. 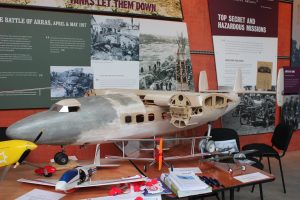 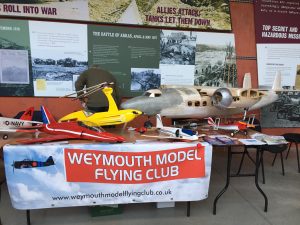 Our new banner showed up well. 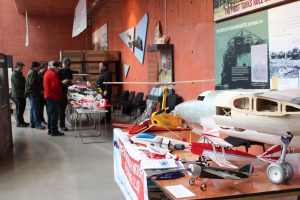 Our pitch was alongside that of the Chesil MFC which gave an excellent opportunity to chat with friends.

Lots of interaction between the two clubs. Also a steady stream of museum visitors throughout the day. Naturally Don’s large model was the star attraction with most people asking “would it really fly”? Don assured them it would be flying this summer. 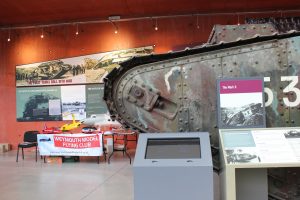 This pic just to show the scale of the museum’s usual exhibits.

It was two long days, but we had plenty of time to browse the museums other exhibits. I thoroughly enjoyed the experience and I think my colleagues did too.